The Birth of ORIX 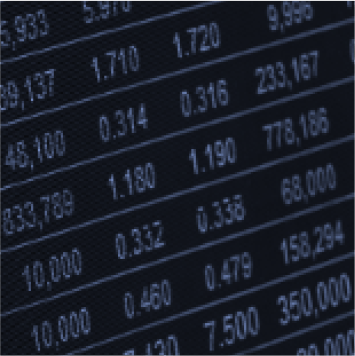 Birth and Growth Harnessing
the Power of a Booming Economy

In the latter half of the 1960s and early 1970s, a period of sharp economic growth, ORIX established its corporate foundation by becoming a pioneer in the leasing business, which was then a new method of financing being introduced to Japan. Along with that economic boom, capital investment in the industrialized world increased, leading to the 1st leasing business boom. Under the leadership of President and Representative Director Tsuneo Inui (in post 1967-1980), by steadily accumulating lease assets and expanding its sales bases, the company shifted from engaging more shareholders and established the foundation of a more independent entity with its own direct-sales style and way of conducting transactions.

Tsuneo Inui contributed to
the early expansion of
the corporation, focusing on
diversification and globalization
of the original leasing business.

Japan's annual average growth rate of 10% ended with the first oil shock in 1973. When competition in the leasing industry became more intense as a result, ORIX advanced its expansion into neighboring fields. CEO Inui looked overseas as well. Southeast Asia was identified as the first area of expansion.

"There are no borders in business, the process of creating branches overseas should be the same as making them in Japan," thought Inui at that time. Especially in Southeast Asia where many Japanese companies were expanding, there was a demand for leasing. Starting with Hong Kong in 1971 and then Singapore, Malaysia, and Indonesia, etc., ORIX expanded its overseas network at a pace of almost one country per year, launching the first such leasing company in each new country. Today it has expanded its business to more than 30 countries.

Using its know-how cultivated in leasing, ORIX has responded swiftly and flexibly to changes in the world. On the surface, our business portfolio may seem to include unrelated endeavors, but they have all originated from the same starting point of leasing. 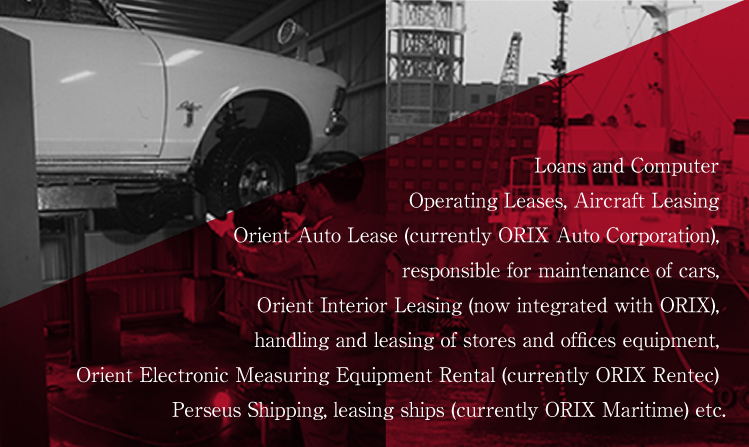 Our Challenges and Diversification

Having diversified,
expanded, and globalized
from the original business
including retailing and real estate,
ORIX listed its shares on
the New York Stock Exchange
in 1998.

In the 1980s, competition was intensified as new entrants into the leasing industry continued one after another. The existing leasing companies were also focusing on overseas expansion as well as providing various services incidental to leased property. ORIX also entered Sri Lanka, Taiwan, China, Australia and New Zealand, and Pakistan, and it became time to lay the foundations for further developments in Asia and the Middle East that were to follow suit.

ORIX appointed President and Representative Director Yoshihiko Miyauchi in 1980 as the successor of Tsuneo Inui. In order to respond promptly to the trends of the times and based on the idea that information transmission and cooperation between departments and group companies must be stronger than ever, the new president's management policy became "the strengthening of group management." The strategy of providing multiple customers with various products and services also rose out of this policy and is still one of ORIX's basic strategies today.

In the 1990s, due to the collapse of the bubble economy, the Japanese economy entered a period of stagnation. Particularly in the second half of the decade, there was a period of economic uncertainty, but ORIX continued to expand its business.

In 1991, ORIX established ORIX Life Insurance Corporation and entered the life insurance business. In 1997, it took over lease receivables, and established ORIX Asset Management and Loan Services Corporation in 1999. It is also this time that ORIX began to develop its investment banking business that would make a major leap in the 2000s, such as by implementing the first domestic non-recourse loans, on the premise of securitization.

In real estate related business, we established ORIX Real Estate in 1999 and have continued to pursue expertise in real estate by consolidating our condominium sales business, which started in 1993, and office building development business.

In 1998, ORIX Eco Services Corporation was founded and started business in the environmental sector.

In 1998, we strove to strengthen our corporate governance by listing shares on the New York Stock Exchange and putting ourselves under the strict regulations of the SEC (Securities and Exchange Commission).

Overcoming the Lehman Shock and entering a new stage with finance plus service
After achieving a record profit, overcoming the Lehman collapse, and entering a new stage in the 2000s, ORIX's diverse expansion strategies came to fruition. We developed a robust foundation by developing both our domestic and overseas markets in our corporate and consumer, and asset and fee business.

In particular, dramatic growth in our investment banking operations led our performance. ORIX Asset Management and Loan Services Corporation that had accumulated our servicing know-how increased its outsourced balance, and our real-estate non-recourse loans benefitted from the trend of securitization and has expanded. In addition, we participated in large-scale corporate revitalization, invested in Aozora Bank in 2000 and took part in Daikyo Inc. in 2005 through capital participation. In 2003, we established ORIX M&A Solutions Co., Ltd. (transferred in August 2016), and in 2006 we acquired US investment bank Houlihan Lokey Howard & Zukin. Previously, in 2002, we established the ORIX Resource Recycling Service Corporation as well as an Environment and Energy Division, thereby establishing a system to provide full-scale services to contribute to the creation of low-carbon societies.

We also actively developed our real estate management business. This includes golf courses, hotels, inns, aquariums, homes for the elderly, and so on.

We have accelerated our "financing plus service" model and further promoted the diversification of our business. While enhancing our expertise in "finance" and "goods," ORIX promotes diversification through expansion into neighboring domains. In the 2010s, with an accelerated "financing plus service" push, we expanded non-financial businesses through shifts from leasing and loans to investment, and then to operating businesses. As a new business, we started concession businesses in 2015, jointly with VINCI Airports, a French airport management company, by acquiring operation rights at Kansai International Airport and Osaka International Airport, and established Kansai Airports Corporation, involved in our management operations at both airports.

In the finance business, where the primary source of income is interest, we aimed to expand fee revenues by acquiring the asset management company Robeco Groep NV (now ORIX Corporation Europe NV), headquartered in Rotterdam, the Netherlands, from Rabobank, a major Dutch financial institution, and made a full-scale entry into the global asset management business. 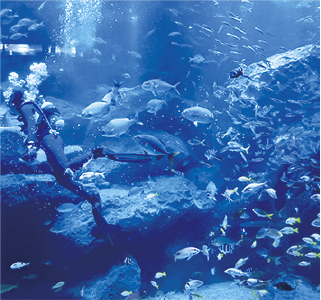 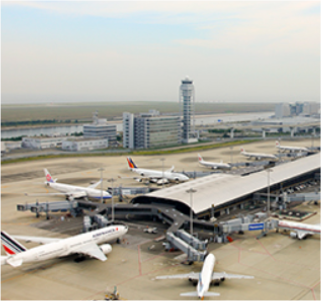 ORIX at a glance. Learn about our corporate values and strategy.

Discover more about who we are and how we have succeeded and grown.